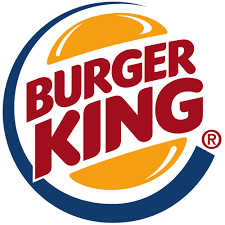 A family from Florida moved into the vacant unit of our duplex. They were exotic to me because they came from a land filled with swamps and alligators. Their daughters wowed us with stories of their past life in Florida. I must have been 8 or 9.

Their dad had a job doing something nobody else’s daddy did. He was working for a hamburger place that was going to be everywhere. It was 1968 or 1969 and we just didn’t have a clue yet.

One special sunny day, Mr. T (I wish I could disclose his name) took us to a field at 49th and “L” Street. I was really tickled because the field was adjacent to a best friend’s yard. Mr. T was showing my father, who was also in retail, where the construction was to begin on a restaurant he was involved with. I remember standing there, listening and wondering what the heck they were jabbering about. Then Mr. T reached into his pocket and pulled out a round wooden object. He asked me and my sister “Did you get around to it?” Of course, I didn’t know how to answer him so I asked, “What do you mean?” He repeated himself, carefully hiding the object in his hand “Did you get around to it?” I was not able to answer him. He then took my hand and placed the wooden coin in it. On it were the words “A ROUND TUIT.” On the flip side was a “coupon” stating that it was good for ONE FREE WHOPPER.

What in the world was a WHOPPER? A couple of months later, the first location opened at 90th & Center. My family made the “Grand Opening”, armed with our ROUND TUITS. I feel lucky to have witnessed the birth of a fast food giant in Omaha… I hope you have guessed by now that it was BURGER KING!

Mr. T and his family later moved from our duplex into something palatial and then to places beyond and out of our lives.

A few weeks ago, on a sunny Saturday afternoon, I drove through the Burger King 49th and “L” and this memory came alive within me and it made me smile. What a clever use of a promo product. I don’t recall anything else in the past 50 years that I’ve seen that has rivaled it. 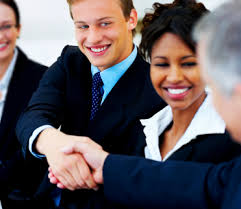 Such an interesting word. Just 9 letters but says so much about who you are, the message you give to others, what you believe in.

On October 14th, a multitude of Omaha businesses will be coming together in one building, to showcase what their business offers. At this gathering new friendships will be started, potential customers will be found and support for our community will be displayed. The spaces these businesses will occupy were procured with a common purpose: to be seen, to be heard, to raise awareness, to grow.

Will your booth attendants and promotional marketing items be able to REPRESENT you? Will you see welcoming smiles or boredom? Will your table reps be handing out “freebies” or “promo items”? (I hope you said “promo items”). Will your promotional materials attract people to your booth out of curiosity? Will materials be used as an ice-breaker to get a conversation started?Perhaps they will be used as a “thank you” for listening to your message.

People love gifts, whether in the form of an inexpensive useful item or something extravagant. However, don’t forget that these “freebies” have a purpose and that you are using them to “bait your lure”. Hopefully, you will have selected the perfect bait for this occasion!